I have always been interested in what my blood ketone levels would be in my habitual state of eating. I have eaten 'keto' at various stages through the last twenty years, mainly as an experiment, and sometimes for long periods (months or even years at a time).
I haven't been particularly 'strict' though because I get bored...
I also benefit from carbohydrates in the diet. And while that may be sacrilegious coming from someone people consider to be a 'keto guy' (I'm not...), it's completely in line with what the evidence tells us. Namely, that everyone is different and some people respond to low, some to moderate, and some (not many...but some) to high carb diets.
[Check out The Carbohydrate Appropriate Diet book for more in-depth analysis of this.]

Overall I'm still pretty low carb in general. One of the reasons I typically eat low carb during the day is that it allows me to eat more carbs at night!
This is something I've been doing for many, many years. Nowadays people call it carb-backloading...I always called it having my cake and eating it too!

What I hadn't ever done previosuly is measure what this eating style meant in keto terms.
And so, for six days I charted my morning (awakening, fasted) serum betahydroxybutyrate (BOHB) levels, and tested again in the evening, before my main meal (dinner).
You can see what happened in Figure 1.


You can see that my ketone levels dropped to around 0.2 mmol/L in the morning, rising to 0.7 mmol/L (or thereabouts) in the evening. So, functionally you could say that I was entering nutritional ketosis (i.e. >0.5 mmol/L BOHB) over the course of the day, and then dropping out after having a high carb-load in the evening, and this repeated every day.

What was I eating?
I was only averaging around 2100 calories per day in this week.
Of this around 48% of my calories were from fat, with 26% from protein and carbs respectively.
Most days my eating would consist of a large protein and fat meal in the morning at around 9am, followed by a modified fast through the rest of the day until dinner at around 6pm, which also consisted of protein and fat and veggies predominantly.

After dinner, it's a free-for-all! I love cornflakes and so I eat those with full-fat milk, along with protein bars, protein cookies, chocolate, and more full-fat milk. If there are treats around (baking, cookies etc.) Yep... I eat them too...

Now, I'm not suggesting that everyone will be able to perform at their best, nor lose maximal fat doing this... But they might...especially if this way of eating allows them to inadvertently find their appropriate macro split.

This was primarily, though, a simple thought experiment to see:
a) what calories and macros I habitually take in (it's good to check up on this occasionally)
b) identify whether I was entering ketosis on a less-than ketogenic ratio of macros
and c) demonstrate that if you find a strategy that allows you to eat some of the foods you love, ad libitum, then you will be likely to stick to that, and achieve better results than any supposed 'perfect' diet. 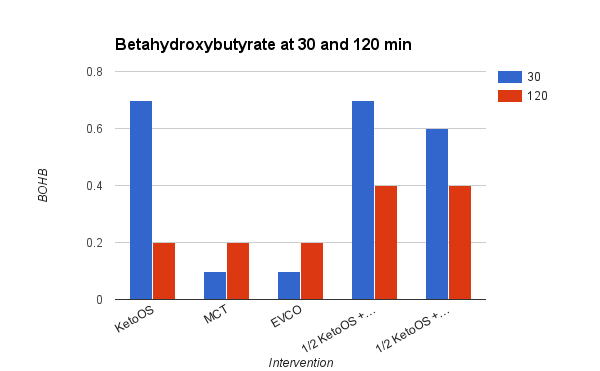