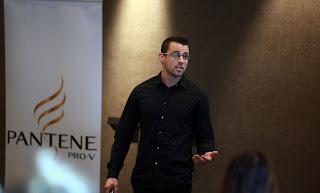 I think we all consciously  know that science is the way we explain the world around us, but so often we frame the ideas of 'Nature' and 'Science' in the terms of nature vs science. We equate science with progress and nature simply with the way things are now, the natural order of things, and that these come into conflict.

Speaking at Pantene's recent 'Brunch and Learn' in Auckland I investigated this concept and posed the challenge that the alternative and the orthodoxy in health care can and should be complementary, and offered examples of emerging science explaining principles of both Performance Holistic Nutrition and Mind-Body-Spirit medicine. 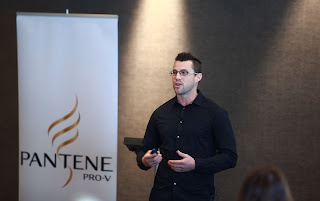 This fantastic event organised by Impact PR showcased Pantene's new 'Nature Fusion' range which combines their Pro-V technology with the Cassia flower (a botanical shown to improve hair health). TV garden and design host Xanthe White spoke about the flower itself and TV3 style guru Tracey Dalton was on hand to highlight how nature lends inspiration to the fashion world.


Contact me via: info@cliffharvey.com  if you would like me to speak at your event.
_
Posted by Cliff at 1:24 pm No comments:

Email ThisBlogThis!Share to TwitterShare to FacebookShare to Pinterest
Labels: Lectures

Hot on the heels of finding out that I'm not a real man (http://cliffdog.blogspot.com/2011/02/new-currency-of-man-being-douchebag.html) I find that I'm also a white coward.


At least that's the opinion of former ACT and National creative director John Ansell - who recently quit ACT amidst controversy about his proposed advertising campaign for the party.


He has gone on the attack in posts and message boards with comments such as:
"The problem with New Zealand is it’s full of white cowards who are too frightened of being called names to stand up for the truth."

Ok...I'll bite...
What realistic point is there for us "legions of white ‘useful idiots’" in providing a state in which Maori are given greater privilege?
The reality is that there is none. And so by extension Mr Ansell assumes that the many liberal leaning New Zealanders (myself included) who campaign for social equality are stupid.
How else could we be manipulated in this way?
Perhaps we are simply trying to provide for a more equitable society, and for a vital, encompassing (non-assimilatory) culture? But what would I know - I'm probably a 'useful idiot'.
Do I feel "guilty for the supposed sins of our British great-great-grandparents"?
No. Not in the slightest. I wasn't there.
I would feel guilty however if we weren't actively seeking to address clear cut grievances and provide redress. I would also be guilty if we were to simply ignore the fact that Maori and other groups in society are underpriviliged, and to expect that the myth of capitalist egalitarianism will be a universal panacea. Sorry my friends on the right...it just ain't going to happen.
Mr Ansell speaks of "state suffocation, Maorification, feminazism, National socialism, teacher unionism" and "the other evils that are dragging our country into the third world".
It seems to me that he's pretty scared.
Should I be scared of all these crazy: women, lefties and brown people too? (I'm sure the gays are out to get him too...)
By aligning himself with the views of sacked EMA boss Alisdair Thompson and with comments like "ACT is the party of the strong father, not the soft mother." He shows his latent bias to not just a eurocentric world view but a misogynist one too. He qualifies his statement in the most pathetic and apologist way by saying: "By strong father I include strong women like Rand, Richardson and Thatcher, and by soft mother I include weak men like Key." Implying that the archetype of the woman is weak and that of the man is strong, but women can be strong like men and men can be weak like women.
Hey how about just being a strong person irrespective of gender? The gender bias shows much about where your true feelings lie.
"Let’s just tell the truth, shall we?" - Yes John let's....
"Maoris have worse social outcomes because too many of them were too bloody lazy to listen to their great leaders like Ngata, Pomare, Carroll and Buck.
Those great men basically said, “Don’t blame the white man for the Treaty.
After all, we signed it. Just focus on beating him at his own game.” "
Of course that is the reason why Maori are over represented in crime and poverty statistics. They are too bloody lazy. I've always know that those brown fullas are too busy playing guitar and drinking Lion Red to make a fair go of it in the white man's world.
In Mr Ansell's world if you have had grievances committed against you, you don't seek redress but instead you just simply forgive, move on and 'beat the white man at his own game'.
Except that outside of the white supremacist's fantasy land of make believe it's not the white man's game. It is life. Modern life. Modern Aotearoa.

Mr Ansell - is there really a "volcano of rage on the street about the Maorification of Everything"?
I think not. In fact I think everyday New Zealanders are more concerned with putting food on the table, having affordable housing and addressing the growing gap between the 'haves' and the 'have nots'.
Do "Years of social (really socialist) studies in school brainwashes New Zealanders into becoming make-believe Maoris"?
I haven't been conned mate. I LOVE the Maori culture, I LOVE the Maori language - not because I am a make believe Maori, but because I am a Kiwi, and I am proud to be from a country that has forged a unique partnership between two peoples. And in spite of many teething problems we have a vibrant and vital shared culture, of which Maori aspects make up a crucial and large part. I make no secret of the fact that I want my kids (when I finally have some!) to speak te reo and to know about tikanga Maori.
Mr Ansell - not only do your comments put you "out of sync with most of the party", but they put you out of synch with most of New Zealand. Because most Kiwis are not scared of your boogeyman Maori under the bed and are more concerned with the real challenges we face - economic, ecological and societal uncertainty. Your comments though will find you a small and vocal support group amongst the likes of Kyle Chapman and his National Front cronies. I'm sure you'll be comfortable in your fatigues.
[John Ansell comments taken from: http://www.kiwiblog.co.nz/2011/07/acts_new_ad.html]