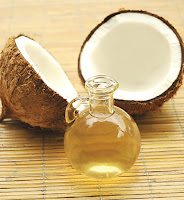 Update:
Following the latest claims that Coconut Oil is ‘poison’ [https://www.nzherald.co.nz/lifestyle/news/article.cfm?c_id=6&objectid=12111528] I thought it was a good chance to update the article below.

Rosemary Stanton, a well-known and respected nutritionist and researcher has suggested here
[https://theconversation.com/five-claims-about-coconut-oil-debunked-85320] that health claims surrounding Coconut Oil (CO) have been debunked. But have they really? And is CO a good addition to the diet…or is it a health-damaging fad?

Claim: “No study has found that coconut oil helps weight loss”
At least one study has shown a reduction in waist circumference. In a 12-week, randomised, double-blind clinical trial involving 40 women aged 20–40 years, participants were given a supplement of either 30 ml of coconut oil or soybean oil. Reductions in BMI were observed in both groups but only the group taking coconut oil reduced waist circumference.1 Waist circumference, as a proxy measure for abdominal adiposity, is a primary sign of insulin resistance and metabolic disorder.

What does that mean?
While more research is required, coconut oil might be better than vegetable oils for improving body-composition (and cardiovascular risk factors – more on that later!)

Claim: Coconut oil does not act like a medium-chain triglyceride
Health claims for coconut oil often rest on studies performed on MCTs. The claim made by Stanton and many others is that lauric acid (the C:12 fatty acid which makes up most of the coconut oil) does not act like an MCT and is digested in the same way as ‘normal’ dietary fats. In other words, like long-chain fatty acids (over 12 carbon chains in length) they will be bundled up with protein transporters and take up into the lymph and then deposited into the bloodstream as compared to MCTs which passively diffuse into the hepatic portal vein to be transported directly to the liver where cool stuff happens (like the creation of ketones!). While there IS limited of research demonstrating differences in the hepatic vs. lymphatic deposition of fatty acids of varying chain lengths it certainly appears that (with some exceptions) lymphatic deposition of fatty acids from triglycerides increases with carbon chain length.2 This has been demonstrated in rats by Mu and Hoy. In their study, recoveries from lymph of caprylic acid (8:0), capric acid (10:0), and lauric acid (12:0) were 7.3 +/- 0.9, 26.3 +/- 2.4, and 81.7 +/- 6.9%, respectively.3 That shows that little lauric acid is taken up into the liver for conversion to ketones But other research has shown conflicting results. For example, McDonald et al., have demonstrated that at low rates of infusion, 72% of lauric, 58% of myristic, 41% of palmitic, 28% of stearic, 58% of linoleic, and 68% of linolenic acid bypassed the lymphatic pathway.4 So, in that case, nearly ¾ of the lauric acid (12:0) was taken up by the liver. However as Bloom, and colleagues demonstrated as far back as 1951, deposition locations of lauric acid varies considerably between (animal) study subjects.5 and this is likely to be dependent on the position (sn-1, -2, or -3) of the fatty acid on the glycerol backbone and on individual factors of absorption. In our clinical research we have observed a direct effect of coconut oil on ketonaemia (the presence of ketones in the blood) and so we have a working hypothesis that in humans’ coconut oil, while not as ‘active’ as an MCT as the shorter chains (C:6-10) it does still exhibit similar activity. This is a hypothesis we will be testing in research commencing in 2018.

What does that mean?
While it isn’t transported to the liver in the same quantities as the ‘true’ MCTs and isn’t as ketogenic, lauric acid (from CO) is still ketogenic and offers some of the benefits of the C:6-10 fatty acids.

Claim: Coconut oil is ‘bad’ for the heart [Cliff’s paraphrasing!]
A common claim, due to it consisting predominantly of saturated fats, is that CO is detrimental to heart health. Thankfully most people have ditched the saturated fat-heart disease hypothesis…AND there is direct evidence which suggests that CO is not detrimental to cardiac health or other health outcomes.
In a comparison of Pacific peoples using differing amounts of CO, Prior and colleagues (1981) evaluated diets of atoll dwellers in Pukapuka and Tokelau in which coconut is the chief source of energy for both groups. Tokelauans exhibited higher saturated fat intake (63% of energy derived from coconut) than Pukapukans (34% energy derived from coconut) and had higher cholesterol levels. But despite this, cardiovascular diseases were uncommon in both groups, with no evidence that higher saturated fat intake, and higher coconut intake providing a harmful effect 6.
I have spoken in the past to my good friend and colleague (and advisor to the Holistic Performance Institute) Dr Sridhar Maddela about the extensive use of coconut oil as a traditional cooking oil in the Southern Indian province of Kerala. In this province, the traditional and common use of CO has been (falsely) implicated as a reason for high Coronary Heart Disease (CHD) rates. However, a study comparing 16 age and sex-matched controls performed in Kerala to explore this presumed link between coconut oil and heart disease risk found that CO consumption was similar in both groups (with and without CHD).7 The groups did not differ in fat, saturated fat or cholesterol consumption, implying no specific role for coconut oil or coconut consumption in this population for CHD risk. It has been further noted (in this population) that the lipid composition of arterial plaques is not altered by replacing coconut oil with sunflower oil.8 Indeed, there has been an alarming rise in the prevalence of CHD and Type-2 Diabetes in India attributed in part to the replacement of traditional cooking fats with refined vegetable oils—resulting in calls to switch ‘back’ to a combination of different types of fats including the traditional cooking fats like ghee, coconut oil and mustard oil to reduce the risk of CHD and diabetes.9
A community based longitudinal study in Cebu, Philippines found a positive, albeit small correlation between CO and HDL cholesterol, with no worsening of HDL-Total Cholesterol ratio or triglycerides.10
In the study comparing soybean to coconut oil, the coconut oil treated group exhibited higher levels of ‘good cholesterol’ and lower levels of ‘bad cholesterol’. The soybean oil treated group demonstrated reduced HDL (‘good cholesterol’), increased cholesterol and (‘bad’) LDL cholesterol. This result suggests that coconut oil does not cause dyslipidaemia.1
A report by the Food and Agriculture Organisation of the United Nations has stated: “All available population studies show that dietary coconut oil does not lead to high serum cholesterol nor to high coronary heart disease mortality or morbidity rate.”11

Update: In recent studies, the heart-healthy properties of CO have been further demonstrated.
In a study of 96 men and women between 50 and 75 years or age, there was no difference between VCO and olive oil for changes in LDL-c, but VCO significantly increased HDL-c compared to either butter or olive oil. There were no significant differences in changes in weight, BMI, blood glucose, adiposity, or blood pressure between the butter, VCO, and olive oil groups.12
In another recent study, 15 women randomised to receive either VCO or olive oil as control showed no difference in insulin homeostasis, LDL-c, HDL-c, uric acid, or triglycerides.13

What does that mean?
Coconut oil is fine. Don’t stress…it’s not bad for your heart!

Claim: Coconut oil is not anti-microbial
Stanton is correct that the anti-microbial effects of monolaurin (a breakdown product of lauric acid) cannot necessarily be translated to humans or that the body can make monolaurin from lauric acid in vivo (in the body) and while it’s always important to interpret any emerging evidence with a degree of caution, there is preliminary evidence for the use of coconut oil itself as an antimicrobial. Virgin coconut oil in its whole form doesn’t typically exert anti-bacterial actions and must be broken down to its monoglyceride or free fatty-acid forms to exert these effects.14, 15 Virgin coconut oil does not impede growth of Clostridium dificile but lipolyzed coconut oil does and lauric acid has greater antimicrobial effect than either capric (C:10) or caprylic (C:8) fatty acids.16 However, when used as a moisturizer coconut oil resulted in 19 of 20 people who had tested positive for Staphylococcus aureus colonies being retested as negative after 4 weeks.
Coconut oil may have greater application to fungal infections. A 2007 paper, Ogbolu and colleagues suggested “Coconut oil should be used in the treatment of fungal infections in view of emerging drug-resistant Candida species”17
In a pilot study of 60 adolescents with gingivitis (gum disease) and plaque, oil pulling with coconut oil resulted in a significant reduction in both plaque and gingivitis over 30 days.18
Topical application of coconut oil increases the speed of skin wound healing in rats.19 Animal studies also suggest analgesic (pain reducing) and anti-inflammatory effects of coconut oil.20 High doses (10ml/kg) of CO have demonstrated a hepatoprotective (liver protecting) effect against paracetamol-induced liver damage in rats.21
Update: A study of 72 preterm infants compared standard-care vs topical coconut oil. Pre-term infants have ‘fragile’ skin that is vulnerable and provides an inadequate protective barrier. Topical coconut oil maintained a better skin condition than standard-care, without adverse effects.22

What does that mean?
I’m not going to hang my hat on CO being an antimicrobial wonder drug BUT based on the evidence to date it does seem to exhibit some beneficial effects on impeding some pathogens and aiding wound healing.

As for tooth whitening?...
I don’t know and to be honest I don’t care. People get hung up too much on criticizing certain foods because it doesn’t fit their worldview.

When in doubt go back to the research…and in this case, the weight of evidence shows us that coconut oil, while not being the cure-all that some claim, is a healthy addition to the diet and may offer some interesting functional benefits.


If you like these articles, check out my Patreon page, where you can donate as little as $1 per month to help support nutrition research and receive exclusive member-only benefits.