Gypped Again... How common is the use of pejorative exonyms to describe cheating, swindling, and stealing, in New Zealand?

Introduction
Several pejorative terms (expressing contempt or disapproval) related to race or ethnicity, are used to describe variously; cheating, swindling or stealing. These include the terms ‘Gypped’, ‘Jewed’, and ‘Niggered’. These terms are commonly used, despite the growing awareness of their etymology and the systemic and cultural discrimination from which they arose and still form a part.

Gypped is the past participle of the verb ‘Gyp’ itself derived from the exonym ‘Gypsy’. Gypsy, in turn, is derived from Egyptian, as Romani people were mistakenly believed to have originated from and travelled out of Egypt and into Europe. Similarly, Jewed is the past participle for the verb ‘to Jew’, and Niggered derives from the term nigger, a pejorative exonym derived from Negro.
The aim of this article is to compare the use of the pejorative exonym Gypped with the similar exonyms Jewed and Niggered.

Methods
To evaluate the common usage and relative acceptance of the terms, Gypped, Niggered, and Jewed were searched independently using a Google search in incognito mode to eliminate any past search bias. Further searches were conducted for .nz sites, i.e., sites registered in New Zealand.
In addition, returned google search results for New Zealand sites were qualitatively analysed and grouped into three categories; reference, casual use (inadvertent racism), and over racism.

Results
An online search returns the following numbers of page results: Gypped, 255000; Jewed, 195000; and Niggered, 78500. When the search is restricted to all domains ending in .nz the results are: Gypped, 1240; Jewed 468; and Niggered 5. Google returns 94 search results for Gypped, 45 for Jewed, and 5 for Niggered in its initial returns (with all duplicates and similar pages omitted) for .nz domains.
Of these results, 97%, 96%, and 20% were considered to be casual, inadvertent racism for Gypped, Jewed, and Niggered respectively. Reference sites accounted for 3% and 40% for Gypped and Niggered, with no reference results for Jewed. Overtly racist use accounted for 4% of results for Jewed and 40% for niggered. (Figures 1 and 2.) 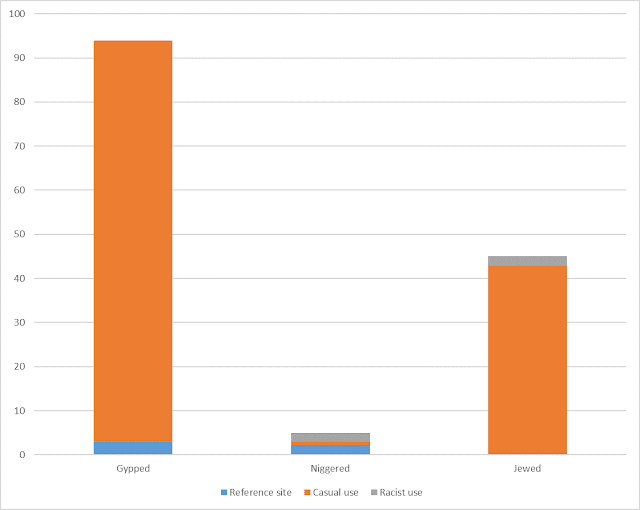 Figure 1. Google search returns by term and use 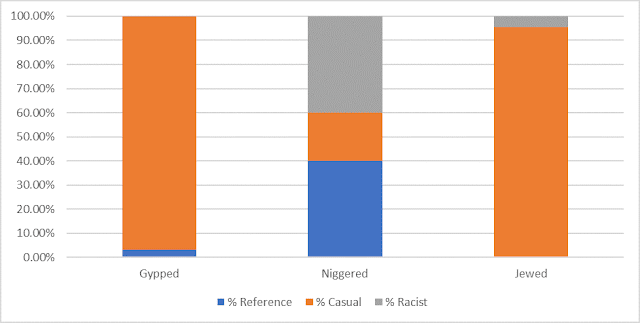 Figure 2. Percent use type by term

Discussion
Overall, these results show that the prevalence of use of Gypsy is far more common than either Jewed or Niggered. It is likely that this use is a function of ‘casual’ racism and is inadvertent rather than explicit. Conversely, the use of Niggered, as would be expected, is predominantly overtly racist.

The high prevalence of use of the term Gypped in particular, and it’s seemingly common, casual usage suggests that people do not understand the etymology of the word, nor its potential for harm. The use of terms that describe adverse human behaviours in reference to a race are societally harmful and promote discrimination, even if latent, against minorities.
The Romani, in particular, have been victims of persistent discrimination and persecution for their entire history and the prevalence of use of the term Gypped shows clearly that education which provides for greater awareness of the potential harm arising from the casual use of this term is warranted.

Of course, this only provides a ‘snapshot’ of the common use of these pejoratives, online, in New Zealand. Use of terms online is likely to be comparable to their common use.


The use of the term Gypped is more common in New Zealand websites when compared to similar pejoratives. This common use shows that education on the appropriateness and acceptability of racially derived terms, especially Gypped and Gypsy is warranted.

If you like these articles, check out my Patreon page, where you can donate as little as $1 per month to help support nutrition research and receive exclusive member-only benefits.